With Eng. Abdul Hadi Hantash, member of the Land Defense Committee, in the presence of a number of young men and women from Bethlehem and Hebron governorates.

An interactive workshop and discussion on the environment and violations of the occupation, and its control over the resources of nature, water, agricultural lands, the Jordan Valley, Jerusalem, south of Hebron 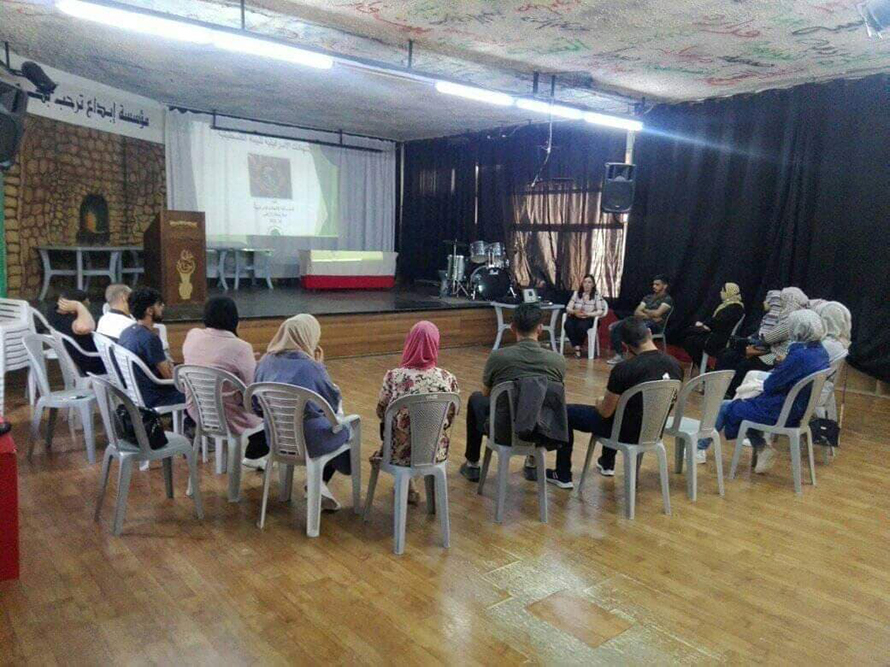 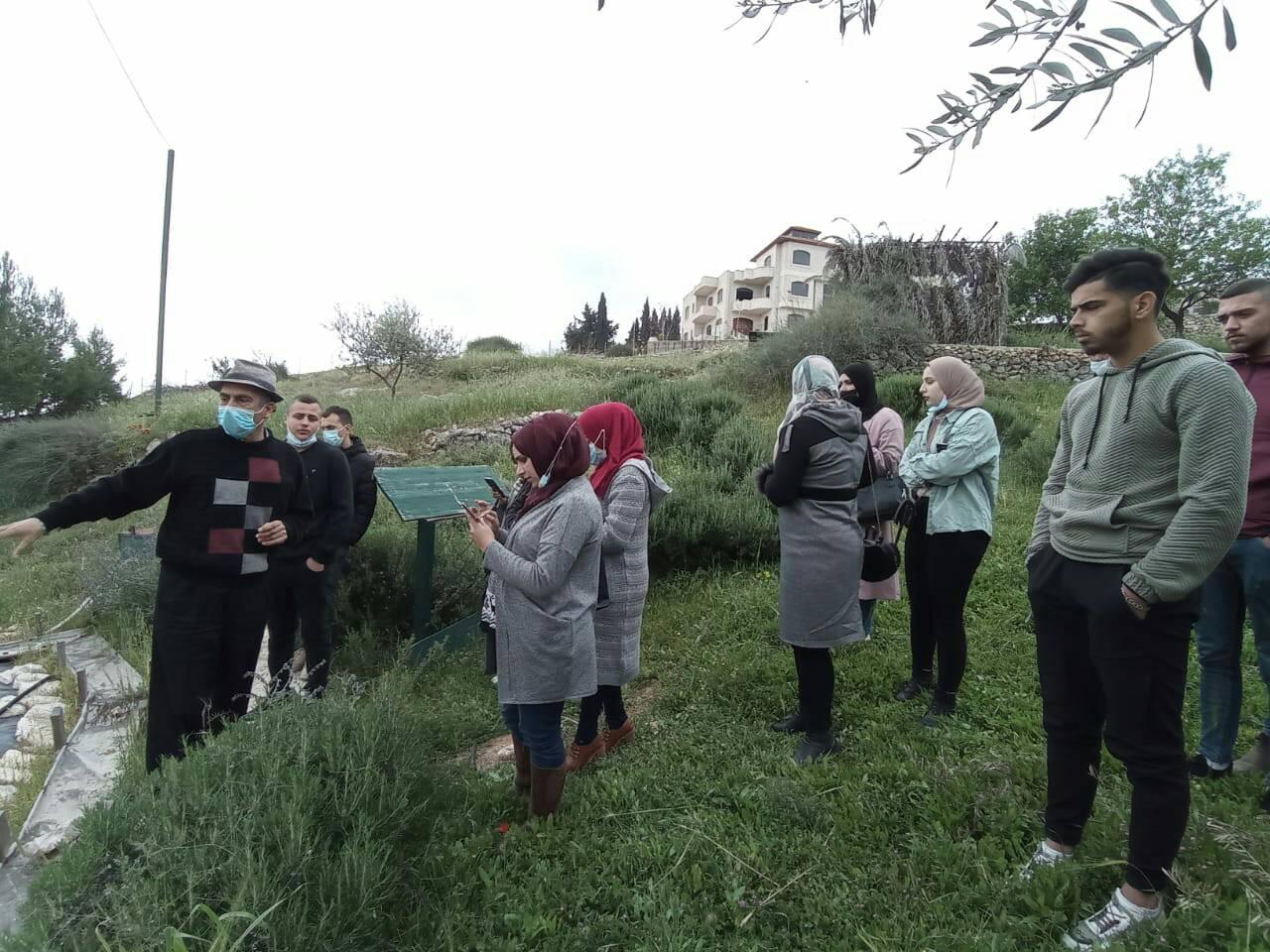 Today's workshop was in the nature and focused on the environment and colonial control over the natural capabilities of Palestine ... Presented by Professor Mazen Qumsiyeh, who hosted us today at the Palestine Institute for Biodiversity, where he gave a full explanation of the occupier’s control over the country's resources, the most prominent of which is water. The Institute's vital departments of strange seedlings, seeds and wild plants .... This activity comes within a series of training and political education sessions that the Alternative Information Center Palestine is implementing in partnership with Action Aid for the fourth year in a row ... The activity was attended by 18 activists from among the young volunteers in the south cities of West Bank Bethlehem  and Hebron . 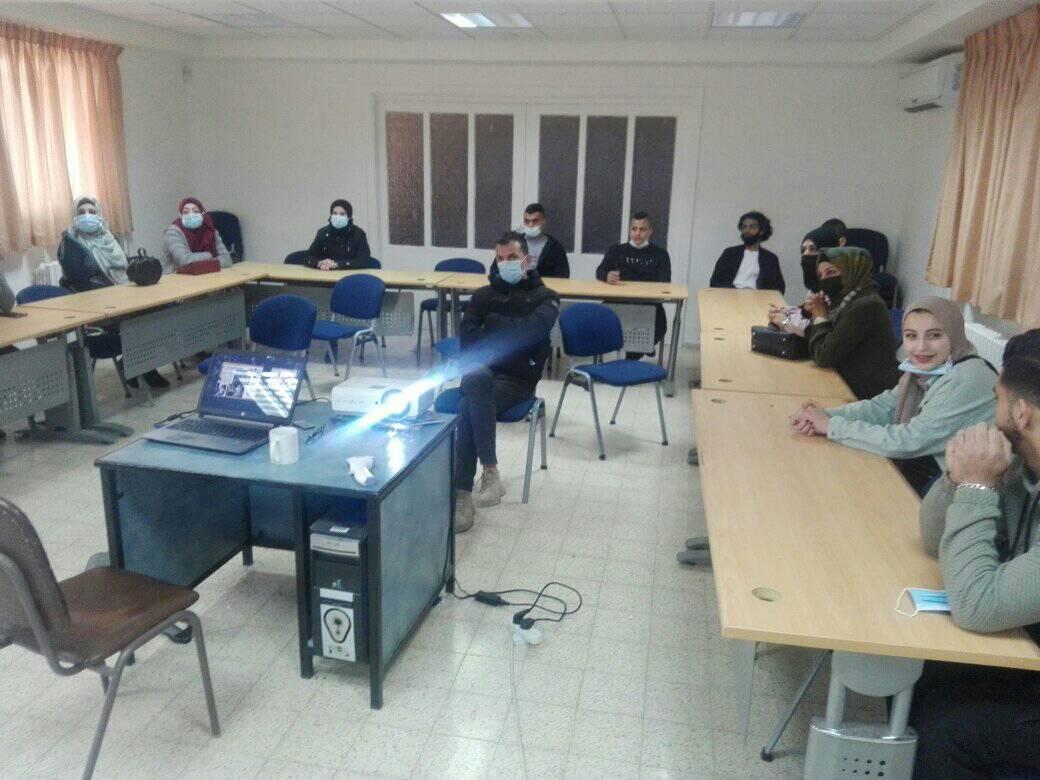 The Youth Project Coordinator Ayed Houshia  visiting the youth group in Nahhalin, meeting with youth activist and Mayor of the municipality, Fadia Najajreh, discussing the fourth year plan of the CIV program, examining the training needs of the youth  group, and the upcoming initiatives that will be implemented. The meeting was coordinated by the activist Aseel Najajreh, and the youth program official at the Alternative Information Center Palestine Ayed Houshia

On February 7, the first training workshop for 2021 on political and social education was held under the title (Democracy and Palestinian Elections). Which was held in the hall of Ibadaa center - Deheisheh. Taking into account the health prevention measures through social distancing and wearing masks. The workshop was part of  the program of promoting civic and democratic participation of Palestinian youth between the Alternative Information Center - Palestine and Action Aid - Palestine

The workshop was attended by 25 young men and women from the program groups from different areas of Bethlehem and Hebron governorates. In the presence of Wissam Al-Shweiki and May Al-Qaisi from Action Aid Foundation and Nassar Ibrahim, Ayed Hosheya, Ahmed Abu Hania and Ahmed Jaradat from the Alternative Information Center - Palestine.

The workshop was opened by Mr. Ayed Hosheyeh, the program coordinator, with a welcoming speech to the attendees, noting the importance of the title proposed for discussion at this stage in Palestine, where dialogues are taking place between the Palestinian Political  Forces on their various lines about the elections after the approval and issuance of the Palestinian President, Mr. Mahmoud Abbas, the decrees of the legislative and presidential elections and the National Council.

Mr. Nassar Ibrahim, Director of the Alternative Information Center - Palestine, and in an introductory speech to the workshop, spoke about the democratic process and election , indicating the concept of democracy as a theoretical and historical concept and its practice in reality, politically, economically and socially in general. Then he turned to the Palestinian reality with its specificity, as part of the Palestinian people reside in Palestine and the largest part in the Diaspora and Refugee Camps, and what this carries in terms of complications regarding any elections, especially the National Council, which represents all Palestinians, and what is taking place at this stage in terms of preparations for the elections, and the state of discussion and attention among Palestinians at the level of Palestinian political forces and civil society institutions. He stressed that this workshop comes within the political and social education program of the AIC-P  and Action Aid Foundation - Palestine, in order to create a state of interaction, brainstorm and exchange of ideas, and to deepen discussion on this issue, especially among young people, as they represent the importance in Palestinian society as all societies. 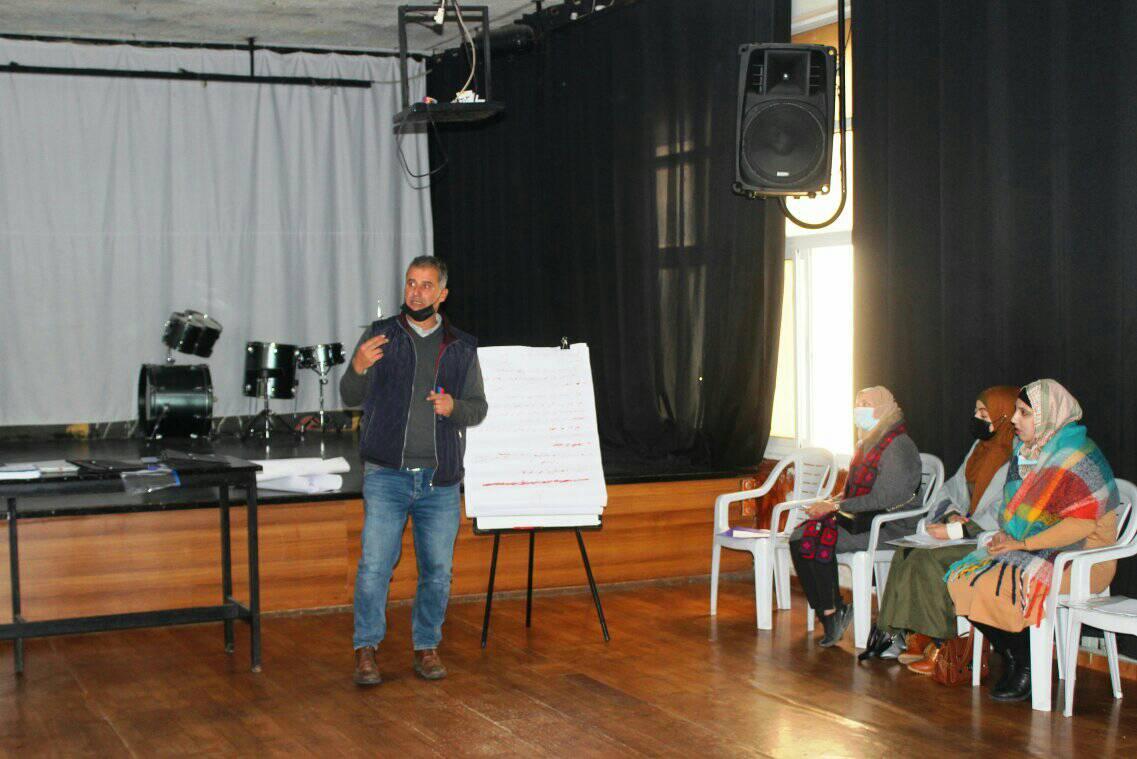 This was followed by dividing the attendees into four groups, each group discussing a specific title related to the topic of the workshop:

- The first group discussed the difference between the institution, the democratic process, the electoral process, and the parliamentary institution.

- The third group: the influence of external forces and conditions on the Palestinian elections and their goals.

- Fourth Group: Social and service challenges and goals that affect the Palestinian elections.

An open public discussion took place at the level of all attendees about the answers, conclusions and opinions of each group in the title that they were interested in. A discussion also followed about the conditions and factors that enhance the role of youth in the democratic process.

In conclusion, the workshop was evaluated by the attendees, who emphasized the importance of what was discussed and the need for attention and focus on this issue, especially at this stage, and the generalization of organizing similar workshops in different regions, and mobilizing the largest possible number of young men and women to engage in it to enhance their awareness to be a force Active and influential in the Palestinian political and social life.

participating in a protest supporting rights